The Toronto Hearing Centre is a North York Audiology & Hearing Aid Clinic. Please feel free to contact us in North York at any time if you have any questions, comments or concerns. We will do our best to respond to your inquiry within 24 hours.

North York is a district of and former municipality in the city of Toronto, Ontario, Canada. Geographically, it comprises the central part of the northern section of Toronto. As of the 2011 Census, it had a population of 655,913. The official 2001 census count was 608,288. Until 1998, it was the second-largest of six municipalities that comprised another larger municipality called Metropolitan Toronto. The previous year, the provincial Government of Ontario passed legislation to merge these municipalities into a single, new amalgamated City of Toronto. North York is one of the most diverse areas of Toronto, as it contains some of the most affluent areas of the city (The Bridle Path, Hogg’s Hollow, York Mills,Willowdale, Bayview Village) and some of the poorest (Jane and Finch, Flemingdon Park, Lawrence Heights). 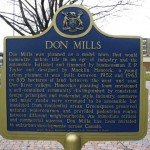 MID TOWN: If travelling from Midtown, take the Yonge-University line to Downsview Station, then take the #196B bus to Sheppard-Yonge Station, once reached train heading east to Don Mills Station. Go up to Street level and walk northwest on Don Mills Road towards Leith Hill Road, slight right to stay on Don Mills and then turn right onto Fairview Mall Drive.